Begonias - How to care and Grow Begonias 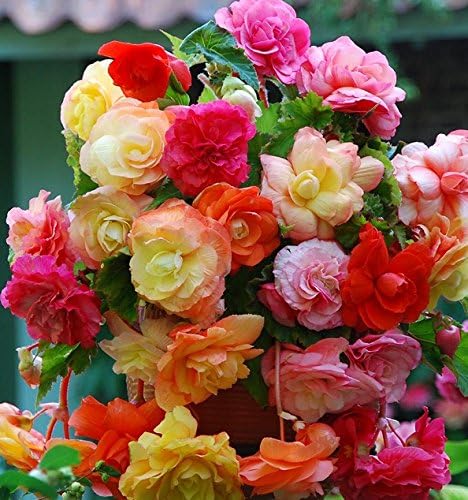 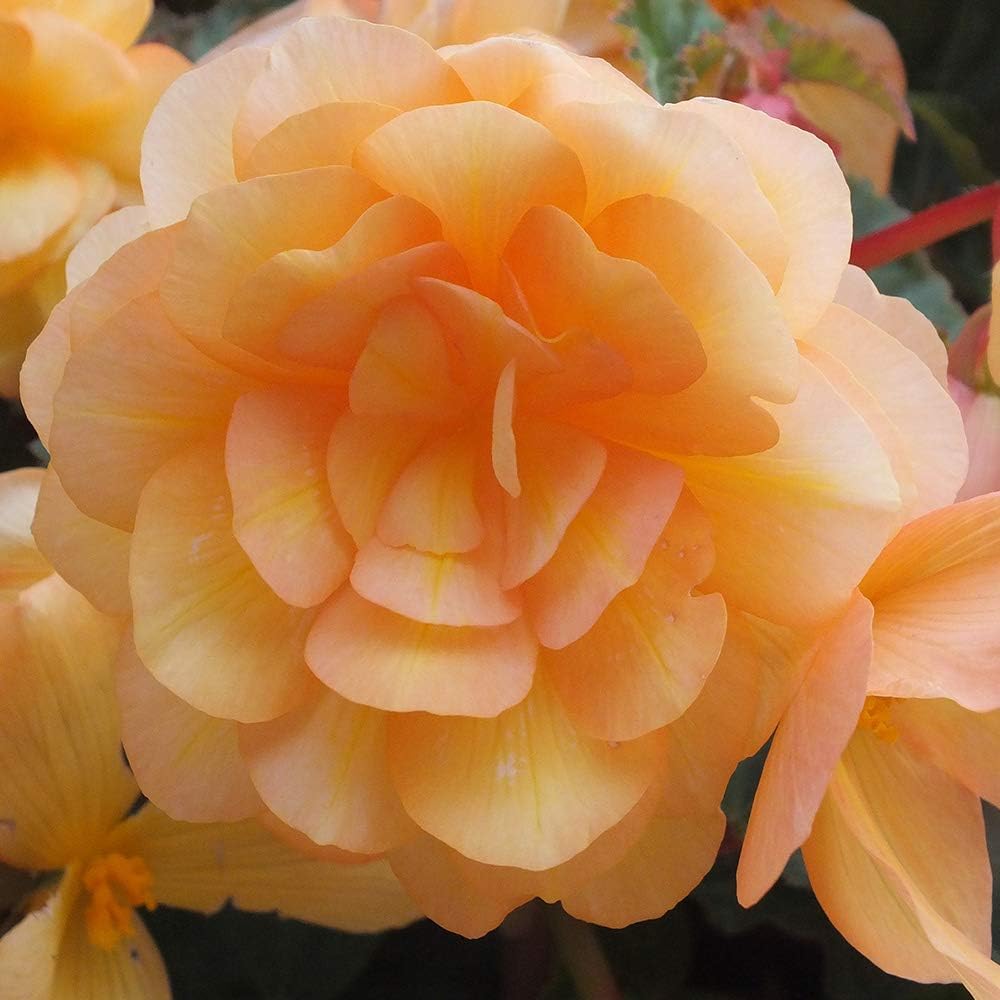 The range of flower types and flower colours available, make this an important group of plants for the garden in particular.

The most important group of tuberous begonias for garden use - or indoors - is the Begonia Tuberhybrida group. This includes all of the begonias in the image, and most of the large double and single flowered begonias that are sold for garden use.

There are many flowering types within this group, including large double flowered Begonais, Picotee, Fimbriata, Non-stop etc. They are all available as dormant tubers in early spring. If you miss out on these, then they are also available as small plants in late spring.

Increasing in popularity are the group of Begonias known as either Begonia pendula, or simply hanging begonias. These are suitable for hanging baskets and the edges of planted containers on the patio.

The other main groups of begonias suitable for growing from tubers for outside use, are the begonia multiflora group. These can consist of either small single, semi-double or fully double flowers. They should not be confused with those sold as 'Non-Stop' Begonias, which - once in flower - will carry on until early Autumn.

A bed of colourful begonias

Whichever begonia you decide upon, the planting and cultural requirements are more or less the same.

One important feature of growing begonias from tubers which is often forgotten, is the fact that they grow and flower quite well in shaded conditions - as well as in full light, but not direct sun. Dappled shade being the best of all situations for growing tuber begonias.

Starting and planting the Begonia Tubers.

Begonia tubers should be started into growth during early spring - in a warm greenhouse, being totally frost free. Windowsill indoors are often substituted with good results.

The dormant tubers can either be placed in a deep seed tray to start the growth before transferring to a pot container or hanging basket. If they are to be planted into a garden bed or border, then start the tubers in a 4in pot, for planting out after all frosts have finished.

Gently push the tuber down into loose potting compost, until it is no more than half buried. The top of the tuber will either be knobbly or hollowed out, whilst the base of the tuber will most certainly be rounded - or maybe flat. There may well be young shoots starting from the top of the tuber - especially if bought later in the season - or stored at too great a temperature in the garden centre. (Avoid choosing the tubers that have elongated stems.) Gentle heat and keep the compost moist at all times - maybe with daily watering.

When starting the tubers into growth, ensure full light and gentle heat. Too much heat and not enough light will cause the stems to elongate instead of the desired compact growth.

Try not to get the foliage wet, or this can cause mildew spots on the foliage.

Problems and Pests with Tuberous Begonias

Begonias are not without a few problems - insect pests and fungal diseases amongst them!

Pests : On the insect side of things, Red Spider Mites, Mealy Bugs, Aphids various, and Vine Weevil Beetle Larvae - especially if container grown, but also in the garden beds. are amongst the most troublesome.

Diseases : Botrytis - or Grey Mould is a nuisance when grown in greenhouse: Powdery Mildew will affect foliage indoors and outdoors - especially in hot dry conditions: Stem Rot will affect young growths in particular, whilst Tubers are prone to rot when storing Begonia Tubers in winter.

Good cultivation is the key to success and avoidance of most of these problems.

Storing Begonias for the Winter | Propagation of Begonias |